On November 25th, 2012 the Paul McCartney band played in Vancouver… almost 50 years since Paul last played here with the Beatles. I was fortunate enough to become friendly with Paul’s guitarist Brian Ray after doing some work for him. Brian is a great songwriter as well as a very gifted player …grab his new CD “This way up” and you’ll thank me! Brian also helped me get one of his Divided by 13 BTR 23 signature model amps….amazingly good sounding, check one out if you can.

Thanks Brian for the great seats and passes and your recent hospitality in California… keep rockin! 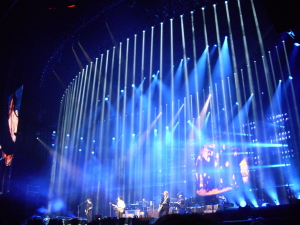 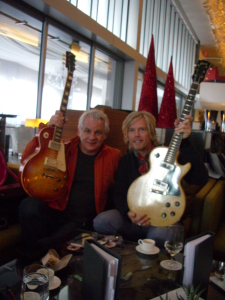 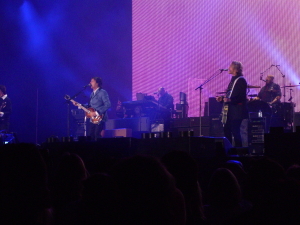 Here’s a sneak preview of Brian Ray’s (Paul McCartney group) signature model ’63 SG, which will be available in 2014. Brian chose a rare 60s Epiphone finish called Silver Fox for his signature model…. we did this particular guitar in nitro lacquer and also converted it to a stop tail for Brian. It is quite a striking finish…. black with browny-green pore filler, and the white plastic is a classy touch. The first pic shows the guitar with my Divided by 13 BTR23 head and cab. Check these amps out if you get the chance… they are killer! Look for the guitar next year at your Gibson dealer or out on tour with Brian and Macca. 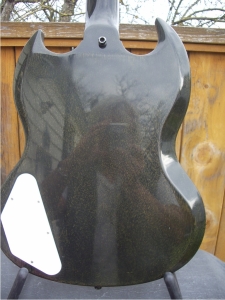 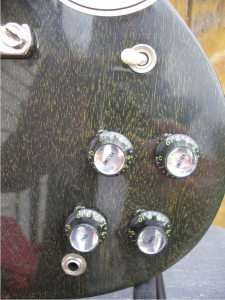 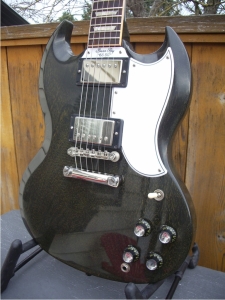 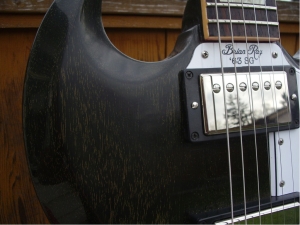 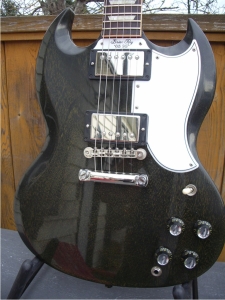 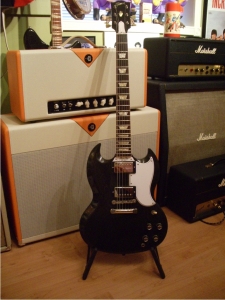